“Oh, we’re in a bullish market, it’s a great time to get in!” or “The market has turned bearish, hang onto your hats!”

It’s true — the market can be a wild ride whether it’s bullish or bearish. But many newer investors aren’t entirely familiar with the terms bullish vs. bearish and what that means for their finances.

So today, I thought it would be fun (and I hope interesting) to delve into the history behind these two animal symbols. What exactly do the bull and bear represent, and what’s the meaning behind them?

Are you ready to start investing, control your finances, and prepare for retirement? Join our amazing community! You’ll receive exclusive financial tips from Making Cents Count, as well as unlimited FREE access to our resource library full of money-saving tools and guides.

Before I delve into the actual history of bullish vs. bearish, I have to warn you that it’s a little barbaric (in my opinion), so I’ll do my best to save you from too much gore.

When it comes to tying the symbol of the bear to the market and investing, we can look back to the London Stock Market or “The Exchange Alley” circa the early 1700s. Some say the term originated as far back as the Elizabethan era in the late 1500s, but we know that “bearish” was a common term by 1709.

The term “bearish” was short for “bearskin jobber,” an occupation that originated from the practice of pre-selling bearskins (before catching the bear). The term described those who sold stocks during a falling market to turn a profit — what’s known today as “short-selling.”

In today’s language, a bearish investor is someone who expects stock prices to fall. They sell stocks with the hope of being paid in the future.

Similarly, a “bear market” refers to a decline in prices. It can refer to a single security (a bearish investment) or the state of the market as a whole. We can see a bear market for a few days to several months. Now, a bear market doesn’t necessarily mean it’s bad for investors. When you hear the term, it’s often in a negative light. Still, for long-term investing (like creating a varied investment portfolio for retirement), a bearish market allows you to invest in lower-priced stocks that will likely experience long-term growth.

So, while a bear market sounds a bit frightening for short-term investments, there’s really no reason to panic. As long as you’ve invested your money in several different options, such as mutual funds or through a 401(k), you can ride out the bear market and come out stronger on the other side. Know your risk tolerance and work with a trusted advisor to make investment decisions you’re comfortable with (regardless of the bears or bulls).

“It is indeed true that the stock market can forecast the business cycle.” – Paul Samuelson

What it Means to Be in a Bullish Market

The opposite of a bearish market is a bullish market. Bullish means the market is going up. When asset prices, such as stocks, bonds, and even the housing market, keep rising over several months or years, we hear that the market is bullish.

As an investor, if you’re “bearish,” you make conservative investments. If you’re a “bullish” investor, you’re more aggressive. I realize this might sound a little counterintuitive since a bear sounds just as aggressive as a bull (if not more so) but think of the stubbornness of a bull that won’t back down under any circumstances.

So, why the bull? Well, the bloody history of bulls vs. bears comes again from English history. There were old English blood sports called “bear-baiting” and “bull-baiting” where the animals were pitted against each other in arenas. From these fights, bulls were designated natural opponents of bears.

The visual symbol of the bull vs. bear was further solidified during the crash of the gold market on September 24, 1869, known as “Black Friday.” Thomas Nast, a German-born American caricaturist, and editorial cartoonist designed a cartoon in Harper’s Weekly depicting dead bulls and a bear in a heap (for some reason, there were also a few cute little fuzzy animals in the mix). The carnage pile was in front of a roped-off Wall Street sign that read “This Street is closed for repairs.” The caption read, “What a fall was there, my countrymen!”

A final way to help remember the difference between bullish vs. bearish is in the way the two creatures attack their opponents. Bulls fight by thrusting their horns upward. Bears attack by swiping their claws downward. When the market goes up, it’s a bull market. When the market trends down, we’re heading into bear territory.

Now that we’ve covered the less pleasant history behind the symbols of the bull and bear, let’s bring the topic into modern times (and a lighter note). When we think of Wall Street, we all think of the fantastic “Charging Bull” bronze sculpture standing in Bowling Green in the Financial District of Manhattan, NY. This sculpture has become as recognizable as a symbol of Wall Street as the NYSE trading floor itself.

The Charging Bull stands 11 feet tall and measures 18 feet long. It weighs in at 3 ½ tons! If you visit New York, it’s a must-see to add to your list. What I find truly inspiring about the bull of Wall Street is the origin story.

Italian artist Arturo Di Modica spent $350,000 of his own money to cast the Charging Bull in his SoHo studio. In the early morning hours of Friday, December 15, 1989, Mr. Di Modica, along with a few friends, dropped the Charging Bull off on Broad Street in front of the New York Stock Exchange (NYSE). The previous night he had gone to the location with a chronometer; noting that the police would come by every 5-6 minutes, he knew he’d have to drop the Charging Bull and get away within 4 ½ minutes. Why was he so secretive, you ask? Because Mr. Di Modica didn’t have permission from the city to deliver the Charging Bull in the first place!

The actual morning of the operation, Mr. Di Modica and his crew discovered that during the day, the NYSE had installed a giant Christmas tree, blocking the way. He couldn’t even turn the truck around — so, on the spot, Mr. Di Modica decided to place the Charging Bull right under the tree, as a gigantic Christmas present for the city and the world. How wild is that?! He said it was not only a gift of encouragement to New York and the world but also intended as a symbol of New York’s drive, optimism, and willingness to barrel ahead against the odds, despite what had come before.

Authorities moved the sculpture by the end of the day (it took some time to find a crane able to lift it) to the location where it stands now. City officials plan to move the Charging Bull to a less-trafficked area closer to the NYSE soon, but it’s become iconic in New York, just as Mr. Di Modica intended. No matter the location, it will likely remain a popular tourist attraction and a powerful symbol of strength.

Now that you know this history of the terms and what it means when the market is bullish vs. bearish, you’ll have fun trivia to share at your next cocktail party. But hopefully, you’ll also feel more confident to invest, no matter the bullishness or bearishness of the current market. Remember, smart investing is all about the long-term strategies to help your money work for you.

Whether the market is bullish vs. bearish, there’s no reason to worry. Both states can work to your advantage with a strategic approach. Work with an advisor you trust so your money is always working FOR you, no matter what’s happening on Wall Street.

I’m so excited to invite you to join our Financial Success Society Waitlist! Our enrollment opens soon (so don’t miss a chance to get on the notification list). Your journey to financial success is unique and with this exclusive membership, you’ll receive the guidance you desire, enabling you to move financially forward, no matter where you are in your financial journey. At Making Cents Count, we offer an array of outstanding products and services to help you get control of your finances so they won’t control you! 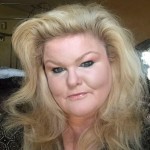 Hi, I'm Karen. I'm an investment enthusiast and financial educator. Having retired from the financial and insurance industry, I founded Making Cents Count and the Financial Success Society membership. This "financial" thing... It's hard to understand, really, really hard without guidance. I want to help you succeed at getting a clear handle on your overall financial landscape. Join the Waitlist to the Financial Success Society membership and transform your approach towards money as you move financially forward. The best part? You will feel confident about your financial decisions as you move into a secure future!

Why It’s Never Too Late To Start Investing In Retirement 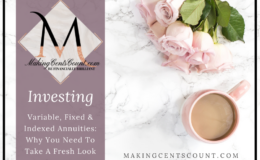 Variable, Fixed & Indexed Annuities: Why You Need To Take A Fresh Look

Why Retirement Planning Is Different For Women 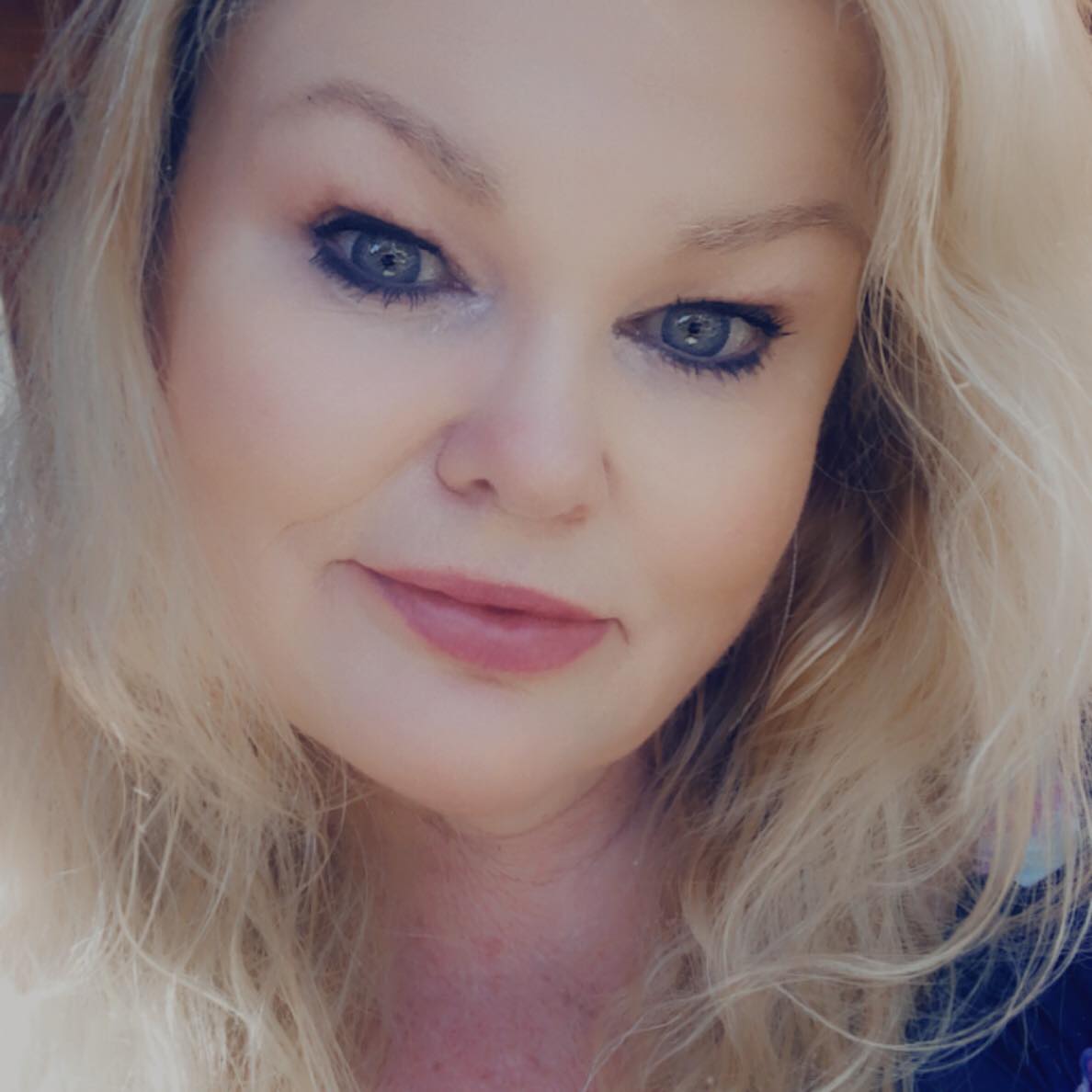 Welcome, I'm Karen Burhoe!
I believe you control your finances; they don’t control you.

Why It’s Never Too Late To Start Investing In Retirement

How To Be Smart About Budgeting With A Credit Card

Financial Planning For Women: Getting Investment Advice You Need

Does Getting Life Insurance After Bankruptcy Hold True? Only If You Know These Best Practices

Variable, Fixed & Indexed Annuities: Why You Need To Take A Fresh Look

Why Retirement Planning Is Different For Women

This website uses cookies to improve your experience while you navigate through the website. Out of these cookies, the cookies that are categorized as necessary are stored on your browser as they are essential for the working of basic functionalities of the website. We also use third-party cookies that help us analyze and understand how you use this website. These cookies will be stored in your browser only with your consent. You also have the option to opt-out of these cookies. But opting out of some of these cookies may have an effect on your browsing experience.
Necessary Always Enabled
Necessary cookies are absolutely essential for the website to function properly. This category only includes cookies that ensures basic functionalities and security features of the website. These cookies do not store any personal information.
Non-necessary
Any cookies that may not be particularly necessary for the website to function and is used specifically to collect user personal data via analytics, ads, other embedded contents are termed as non-necessary cookies. It is mandatory to procure user consent prior to running these cookies on your website.
SAVE & ACCEPT
1 shares